My name is Tania Ramos García, and this is my story. Before I began practicing yoga, I used to think that it was boring and not physically challenging. The day I watched a video of Kinoyoga in Mysore, I changed my mind. I was amazed to see what the human body is capable of doing.

I began my yoga journey practicing on my own by watching all of the videos I could find online. For a while I could barely finish the five Sun Salutations A & B at the beginning of an Ashtanga Yoga class. After a few months I decided to join a yoga studio and I attended Ashtanga Yoga for beginners. It was that exact day when I fell in love with yoga.

Throughout the years I joined many studios around the world where I have had the opportunity to learn a variety of techniques from well known teachers.

Prior to practicing yoga I used to suffer from many issues with my neck. They were getting more and more common and lasting longer every time. Thanks to my yoga practice, my neck issues almost completely disappeared and this is one of the major reasons why I developed such a passion for yoga.

A few months before my departure to India, I had to undergo an emergency surgery for cervical arthroplasty. I have to admit that it felt like my world was collapsing…but instead this helped me to focus on other areas of yoga that I had not been as interested in and as a result my practice grew and evolved. I began to be more and more interested in yoga therapy and the anatomical differences between bodies. This allowed me to broaden my perspective about yoga.

After my recovery I went to India where I completed two yoga teacher trainings:

-A 200 TTC at Kashish School in Goa focusing on the differences between different kinds of yoga, including yoga therapy.

During these years I have learned different types of yoga including: Aromatherapy Yin, Aerial, Yoga therapy, Prenatal Yoga, Ashtanga and Hatha. I have also completed a course of Ayurveda (traditional Indian medicine). This science includes yoga in its practice of healing in order to reach a balanced and healthy life. Yoga also uses some Ayurvedic techniques in order to eliminate toxins in the body. I have also completed an internship in Mysore where I had the opportunity to create personalized sequences for students.

Recently, I spent some time in Guatemala where I taught group and private yoga classes in an eco hotel. I am specialized in acro yoga, having completed my training with the well known school of Acroyoga International. I am also in the process of completing a Master’s course in Fascia and Movement.

Currently, I am based in León, Spain where I teach yoga in a local fitness center. I also offer private lessons for individuals and small groups and online classes. 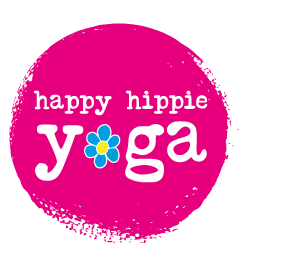